The Best Information and Tips on Timanfaya

When the earth opened in Lanzarote in the 18th century, it triggered a catastrophe that lasted for many years. A quarter of the surface of the island was covered with ash and lava on this occasion. The suffering and the damage were enormous back then. Today, however, the area of the Parque Nacional de Timanfaya is the most important and impressive sight of the island. But a glance from the satellite perspective still makes you shiver. The countless chimneys of the “fire mountains” are still threateningly towering up to the sky. And under the earth of the Timanfaya it continues to boil and you can experience this in different parts of the park in an impressive way.

You can see the unmistakable relief of the adjacent volcanoes from afar. The entrance to the area is finally marked by the sign with the devil created by César Manrique. The park covers an area of 51 square kilometers. Rusty, gray and black colors characterize its landscape. In 1974 Timanfaya was declared a national park. The associated restrictions include, among other things, that you are not allowed to enter the area of the “fire mountains” (Montañas del Fuego) on your own and especially not by car. How you can still explore the park, how to get there and what else you should know about it can be found here. The best tips and information about Timanfaya National Park.


The Creation of the Timanfaya National Park

The massive outbreaks began exactly on September 1, 1730. Back then, huge fountains made of glowing rocks shot up in the air and illuminated the night. Their fire lit the horizon in red, heralding the deadly event. The infernal incident was accompanied by heavy earthquakes and deafening rumbling. Lava spilled over a huge area, burying the villages of Timanfaya, Los Rodeo and a few more. The devastation later also reached Yaiza and Mancha Blanca, which were partially destroyed.

In the west of the island, however, the massive lava flows hit the sea. A glowing river poured into the stormy waters of the Atlantic with a tremendous roar. This way, impressive natural monuments were created that still characterize parts of the west coast. The cliffs “Los Hervideros” are a striking testimony to these forces.

The outbreaks continued for almost six years. A total of 32 volcanic cones and countless smaller earth openings were created during this time. When the catastrophe ended, the affected area was buried under eight million cubic meters of lava rock. Around 420 houses disappeared underneath it forever same as parts of the most fertile soil in Lanzarote. The last volcanic eruptions on Lanzarote then took place in 1824. Fortunately, their intensity and duration remained far behind those of the previous century. And that's why there was hardly any damage worth mentioning.

Since the outbreaks at the time, any permanent human presence has disappeared in the affected area. This created space for a unique biosphere, in which rare animal species settled, which are able to survive in a practically plant-free environment. As the park is one of the areas with the most recent volcanic past, it is also an invaluable open-air laboratory for various geological and geomorphological researches. One of the three geodynamic laboratories in Lanzarote is located directly in the park.

You will reach the protected part of the Timanfaya National Park - the Montañas del Fuego - via the LZ-67 and this applies no matter whether you come from Mancha Blanca from the north or from Yaiza from the south. The famous devil with the inscription Timafaya stands at the junction to the LZ-602. You have to turn here and pay the entrance fee of € 10 per adult and € 5 per child (as of 2019). The price includes the parking fee and a bus tour through the protected area.

The Things to See of Timanfaya

The visitor and interpretation center of the Timanfaya National Park can be found on the LZ-67 road between Mancha Blanca and the access to the Fire Mountains. If you want to find out more about the scientific and historical aspects of volcanic activity, you should definitely stop by here. With the exception of a few public holidays, the visitor center is open daily from 9 a.m. to 4 p.m. In addition to a library and various exhibition rooms with numerous exhibits on the subject, there is also a simulation room. There, the individual phases of a volcanic eruption are imitated with high-tech models. During these demonstrations, smoke even rises and loud rumbling can be heard.

The restaurant El Diablo, in English “the devil”, was designed by the Canarian artist César Manrique. It is mainly made of volcanic rock and the central area is a fully glazed round pavilion. In addition to the food, you can therefore also enjoy an unrestricted view of the spectacular volcanic landscape in this restaurant. The house specialty is the grilled chicken. This grill is operated by the geothermal heat from one of the earth holes. No electricity, no coal, no gas. A simple grid over the hole in the ground is sufficient, just place the chicken on top and let it sizzle.

The holes in the ground are particularly spectacular, tubes about six to ten meters deep were placed in there. It has a temperature of around 600 degrees Celsius. They are a testament to how active the volcanic heart of the island still is and how close the simmering heat reaches the surface. For the practical demonstration, the park staff pours water in front of the astonished spectators, which shortly thereafter shoots up as water vapor with loud hissing. Also dry broom sprigs are being held over them, which ignite as a result.

The volcano with the largest crater (1.2 kilometers in diameter) is located outside of the part of the park that requires admission, near Mancha Blanca. In contrast to most other volcanoes of the Timanfaya Park, this mountain shines in light pastel shades. From its top you have a beautiful view of the sea and of course into the interior of the crater.

You should definitely take the opportunity to take a trip to Timanfaya National Park during your vacation in Lanzarote. If you rented a car anyway, just drive there on your own. The huge area cannot be missed. If you prefer to not go alone, you can take one of the organized trips to Timanfaya National Park. There are many different options available for this. For example, on one of the trike tours you cross the area. In addition to the unique driving fun on this unusual vehicle, you also get close to the black heart of the island. And if you prefer not having to drive at all, it's best to take a bus tour there. When booking a guided excursion, make sure that you are picked up from your hotel. You can find this information in the descriptions of our excursions under “Services & Prices”. After the article, you will find a list of all excursions that will either take you through or into Timanfaya National Park.

A very convenient way to get to the Timanfaya National Park or the Fire Mountains is to take a tour by bus or minibus. You will be picked up at the hotel and the comfortable, air-conditioned bus will take you straight to the spectacular, eerily beautiful area. Your tour guide knows all the facts about the volcanoes and explains them in detail.

You are also welcome to join a guided hiking tour with a professional guide who will explore the wild lunar landscapes of the park with you on foot. Hike past craters, bizarre rock structures and through tunnel tubes made of cooled lava. This way you get a good impression of the immense forces of nature that have worked here.

There is another parking lot near the junction to the Fire Mountains that says Echadero de los Camellos. A camel safaris start from here several times a day. The “ships of the desert” transport you on the route of the volcanoes through a threatening landscape that could have come from an early epoch of the earth. 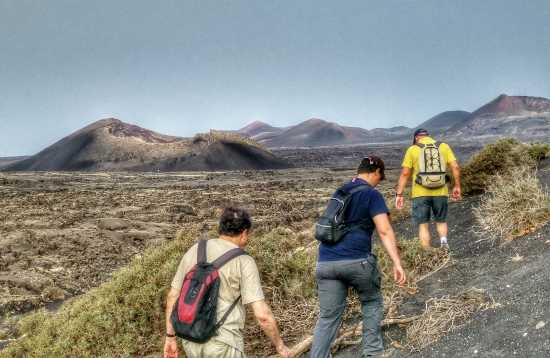 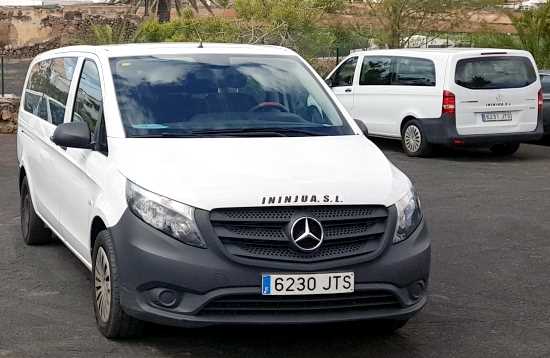 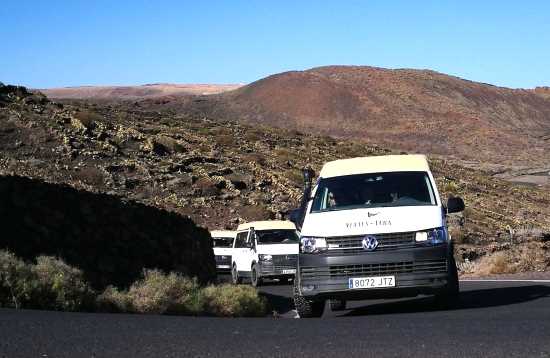 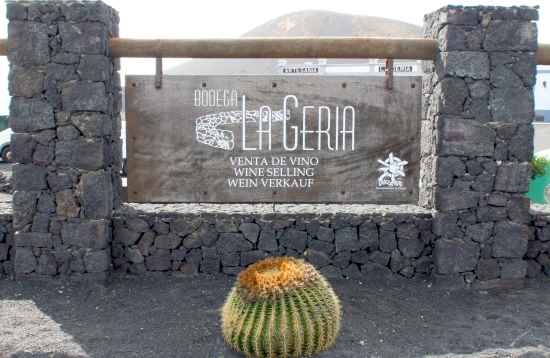 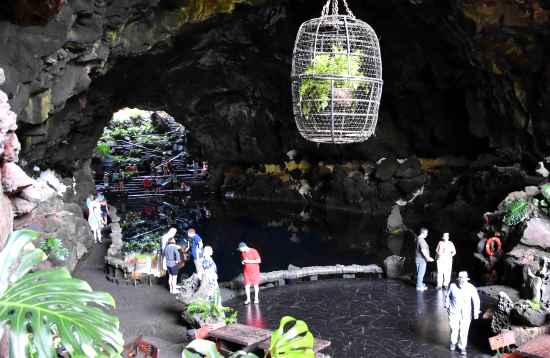 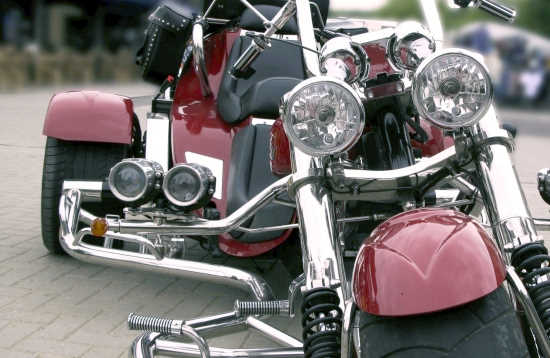 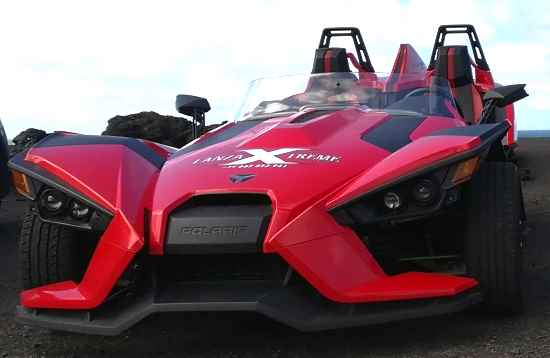 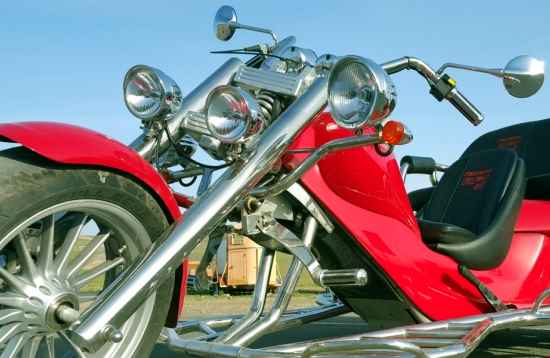 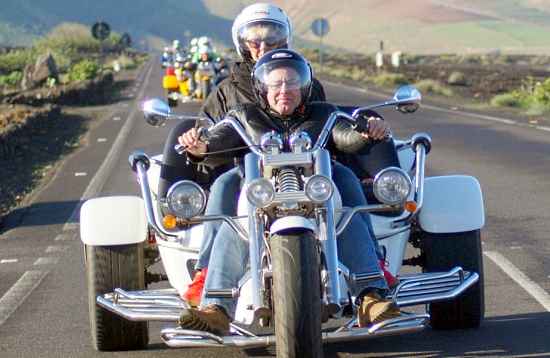 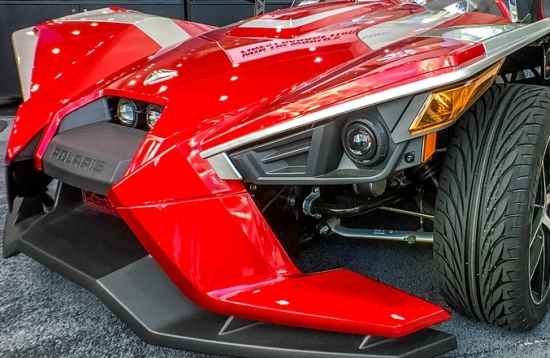 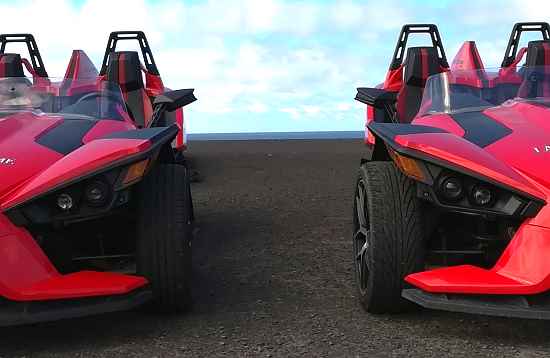 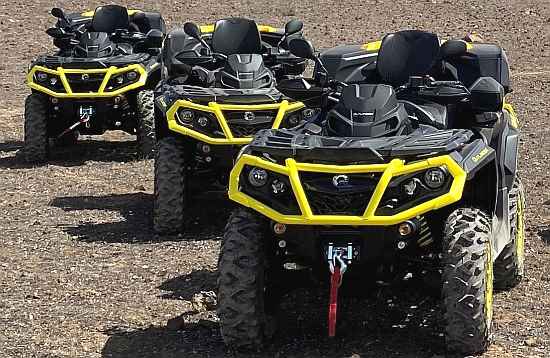 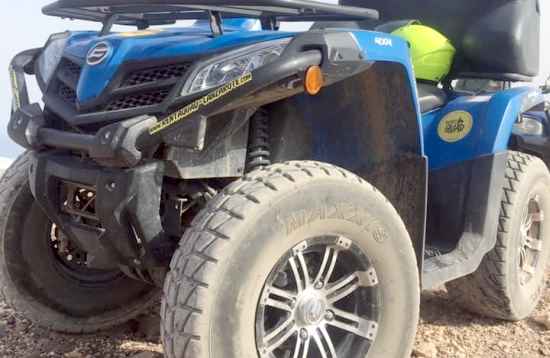 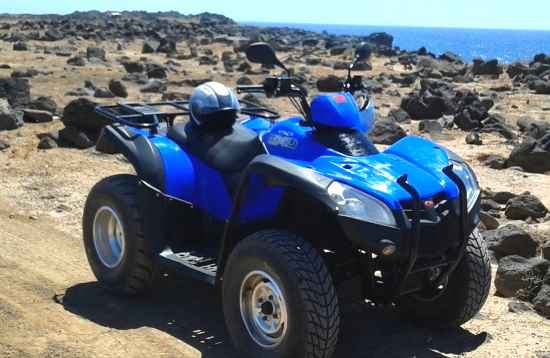 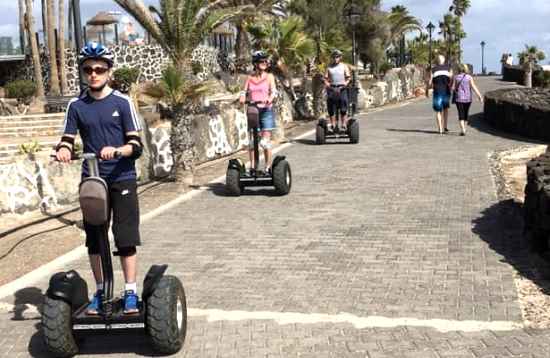 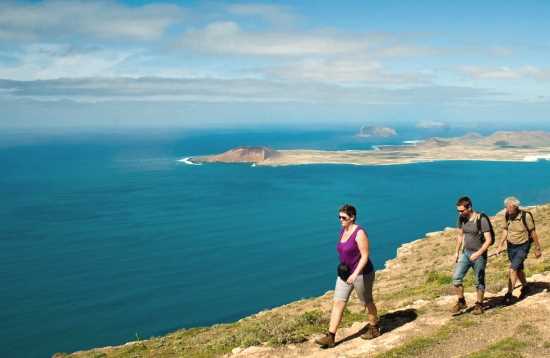